What is an ERC20 Token and does Exodus support it?

You’ve probably heard the term “ERC20 token” used in the blockchain industry. In Exodus, ERC20 tokens are called Ethereum Assets since they live on the Ethereum blockchain. But what exactly are they? 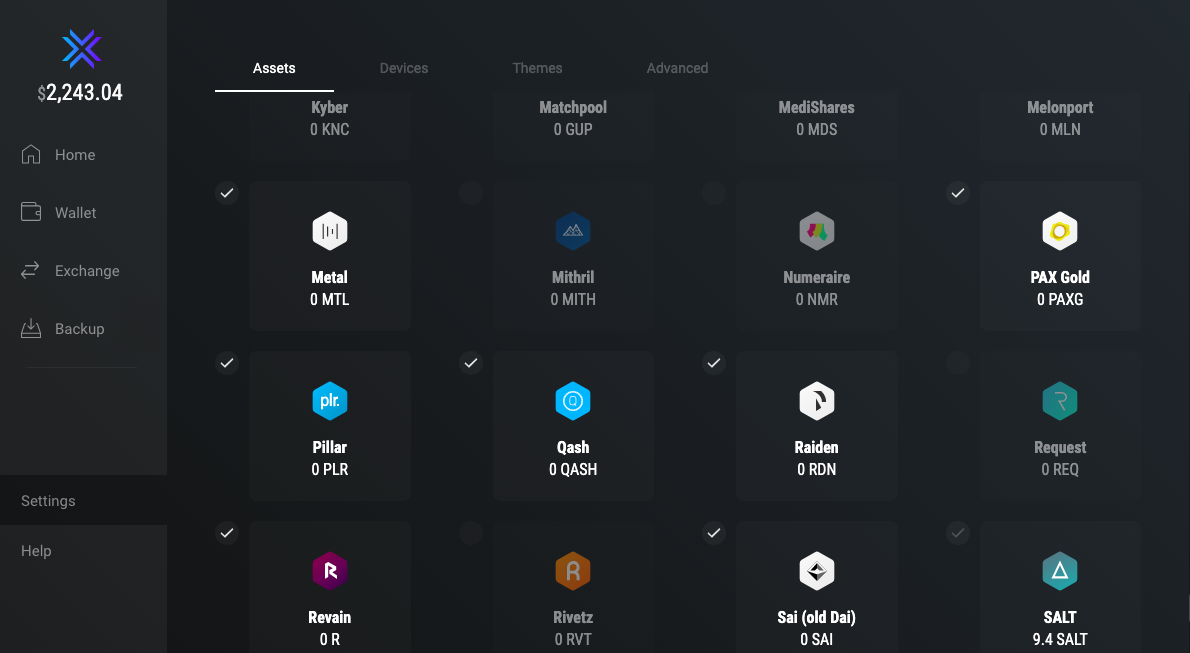 ERC20 is an official protocol for proposing improvements to the Ethereum (ETH) network and can be understood as a standard for tokens that are created on the Ethereum blockchain. For example, many ICO tokens are ERC20 tokens. ICOs, or initial coin offerings, are fundraising events where companies raise funds for projects by selling digital tokens.

A traditional finance analogy would be IPOs, or initial public offerings. IPOs are when companies get listed on public stock exchanges and sell stocks (shares) of their company to the public in order to raise funds.

The ERC20 token standard makes it easier to exchange one ERC20 token for another, integrate various ERC20 tokens into platforms like blockchain wallets and exchanges, and more.

ERC stands for Ethereum Request for Comments. This is an official protocol for proposing improvements to the Ethereum (ETH) network. “20” in this case is the unique proposal ID number.

The proposal ERC20 defines a set of rules which need to be met for a token to be called an “ERC20 token”. These rules apply to all ERC20 tokens because the rules need to be followed in order for ERC20 tokens to be able to interact with each other.

ERC20 rules are as follows.

The difference between ERC20 tokens and cryptocurrencies like Litecoin is that ERC20 tokens don’t have their own blockchain but use Ethereum’s. ERC20 tokens are stored on Ethereum addresses, sent using Ethereum transactions, and use GAS (tiny fractions of Ether*) to pay for transaction fees.

*Ether is the formal name for the Ethereum blockchain’s cryptocurrency (commonly called “Ethereum”).

For more information on how ERC20 transaction fees work, see this article.

For more details on how ERC20 token fees work, see this article http://support.exodus.io/article/67-how-do-i-send-or-exchange-an-ethereum-powered-asset

You also may have noticed that within your Exodus wallet, your ERC20 Tokens like REP, BAT, TUSD, and other ERC20 tokens supported by Exodus share the same receiving address as your Ethereum (ETH). This is because, as mentioned, ERC20 tokens use the Ethereum blockchain. In your Exodus wallet, your ETH wallet not only handles your ETH but any other ERC20 or Ethereum-powered assets you may have. Keep in mind that this only applies to Ethereum (ETH), and not to Ethereum Classic (ETC); Ethereum Classic has its own independent platform and protocols for smart contracts.

You can find an up-to-date list of our supported assets (Including ERC20 Tokens) here.

What happens if I send an unsupported ERC20 token to my ETH address on Exodus?

Your Exodus ETH Address is capable of receiving any ERC20 token whether or not Exodus supports it. Unsupported Tokens just won’t be visible in Exodus. However, you can easily manage your Exodus-unsupported ERC20 tokens using your Private Key.

Download the Exodus Ethereum wallet to experience ETH and all the ERC20 tokens inside of Exodus for yourself.

Did this answer your question? Thanks for the feedback There was a problem submitting your feedback. Please try again later.